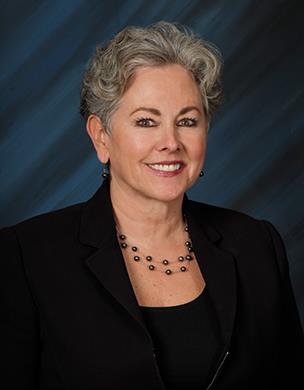 Lyon comes to PSUSD from the Santa Monica-Malibu Unified School District (SMMUSD), serving 11,300 students in preschool through 12th grade in the coastal communities of Santa Monica and Malibu, California.  Now in her 28th year in education, Lyon previously served as chief leadership officer for the Palmdale School District for two years and was the superintendent / principal at Hughes-Elizabeth Lakes School District in the Antelope Valley for three years.

Lyon worked for Thinking Maps, Inc., from 2004-2006 as a consultant, serving the education industry. She was hired as the first full-time California consultant to train teachers and administrators on Thinking Maps for grades K-12 and conducted educator professional development workshops.

Lyon earned her bachelor of arts in journalism from San Francisco State University and began her career in journalism and public affairs with a position with Time Magazine, then Mount Zion Medical Center. Her career aspirations then turned toward teaching and she earned her master’s degree in education – curriculum and instruction from Cal State Bakersfield, and her credential in English / language arts. She earned her Tier 1 and 2 education administration credential from Cal State Bakersfield. She recently earned her Doctorate from the University of Southern California Organizational Change and Leadership Doctoral program.

Lyon is married to Paul Lyon, also an educator. She has two adult sons and enjoys reading, watching movies and spending time with family and friends in her spare time.